CEDAR PARK, Texas – The Texas Stars, American Hockey League affiliate of the NHL’s Dallas Stars, announced that winger Anthony Louis has re-signed with the team on an AHL contract for the upcoming 2021-22 season. 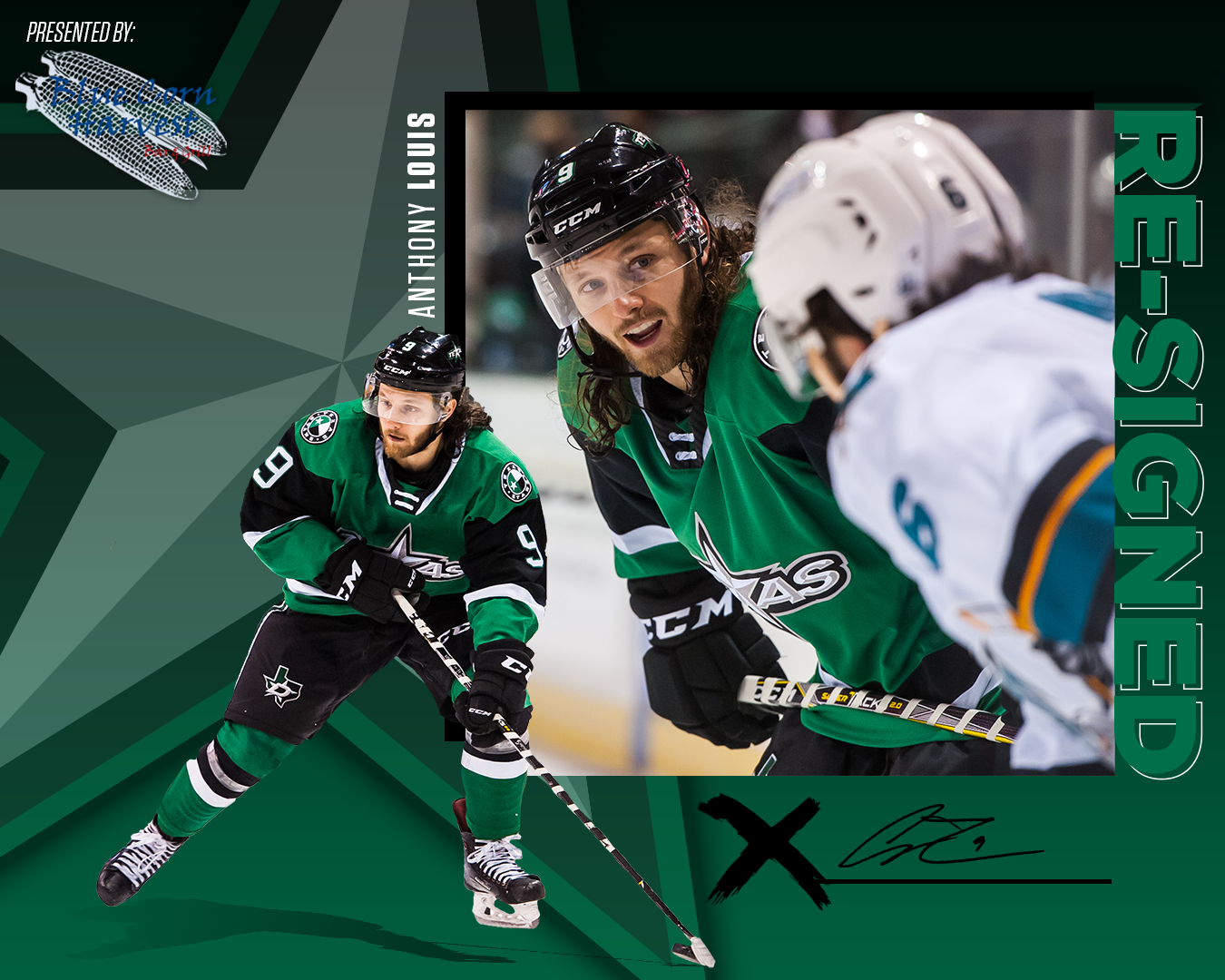 Louis, 26, will be entering his fifth professional season in October having played parts of the last two years in Cedar Park, totaling 46 points (20-26=46) in 73 games in a Stars jersey. In 35 games last year, Louis ranked fourth on the team with 26 points and was tied for third with 11 goals, scoring four on the power play. Texas originally acquired Louis from Charlotte on Nov. 20, 2019, and since he joined the roster, no Stars player has recorded more points.

The 2013 sixth-round selection by the Chicago Blackhawks made his pro debut on Mar. 17, 2017, following a four-year collegiate career at Miami University. From 2013 to 2017, he played 145 games, produced 126 points (46-80=126) for the RedHawks and served as an alternate captain during his final season. Louis was a member of the United States National Team Development Program for two years before enrolling at his alma mater.