CEDAR PARK, Texas – Texas Stars forward Travis Morin announced his retirement from professional hockey Wednesday after 12 seasons. Morin is the sole player in team history to take the ice in all 10 seasons. On Saturday, October 19th, he will become the first player to have his number retired as the Stars take on the Grand Rapids Griffins at 7:00 p.m. 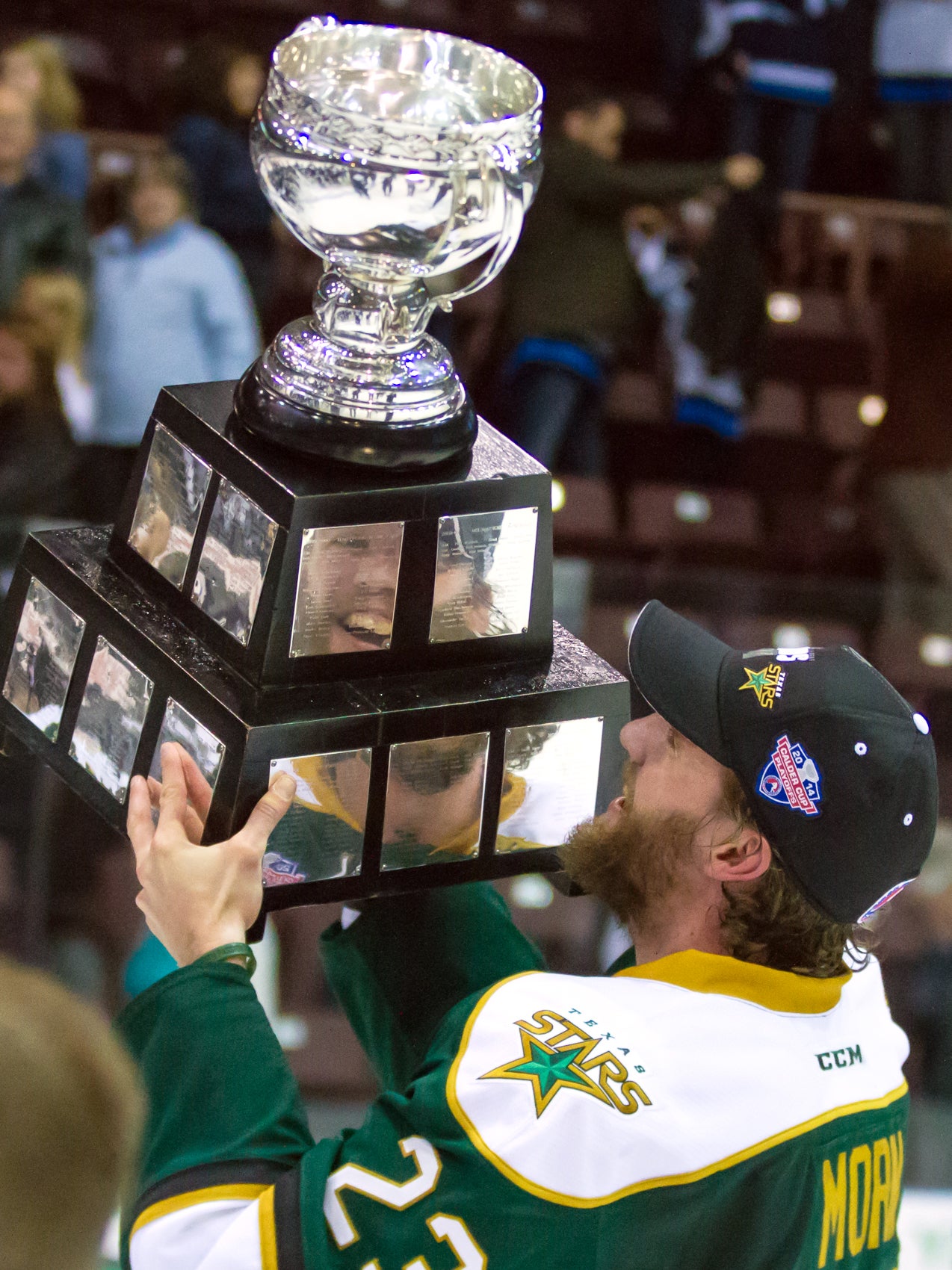 “On behalf of the Dallas Stars and Texas Stars, I’d like to thank Travis for his dedication to the organization across the last decade and congratulate him on an extraordinary career,” said Texas Stars General Manager Scott White. “From day one, Travis helped forge a winning culture for our organization, bring a Calder Cup Championship, and two other final appearances to Central Texas. There is no doubt that he will be remembered as a cornerstone of this franchise and it has been a privilege to be part of his career. We are pleased with Travis’ transition with the organization into his new position and would like to congratulate him, his wife Lindsey, and his sons Andrew, Lucas, and Bradley.”

Morin, 35, ends his career as the Stars regular season franchise leader with 686 games played, 560 points, 175 goals, and 385 assists. The four-time AHL All-Star led Texas in scoring in five of his 10 seasons and finishes as the organization’s post season leader with 64 points (23-42=64) in 87 games. Morin’s most decorated season came in 2013-14 when he helped the club capture the 2014 Calder Cup Championship and earned the Les Cunningham Award (AHL MVP), John B. Sollenberger Award (Scoring Leader), and Jack A. Butterfield Award (Playoff MVP). 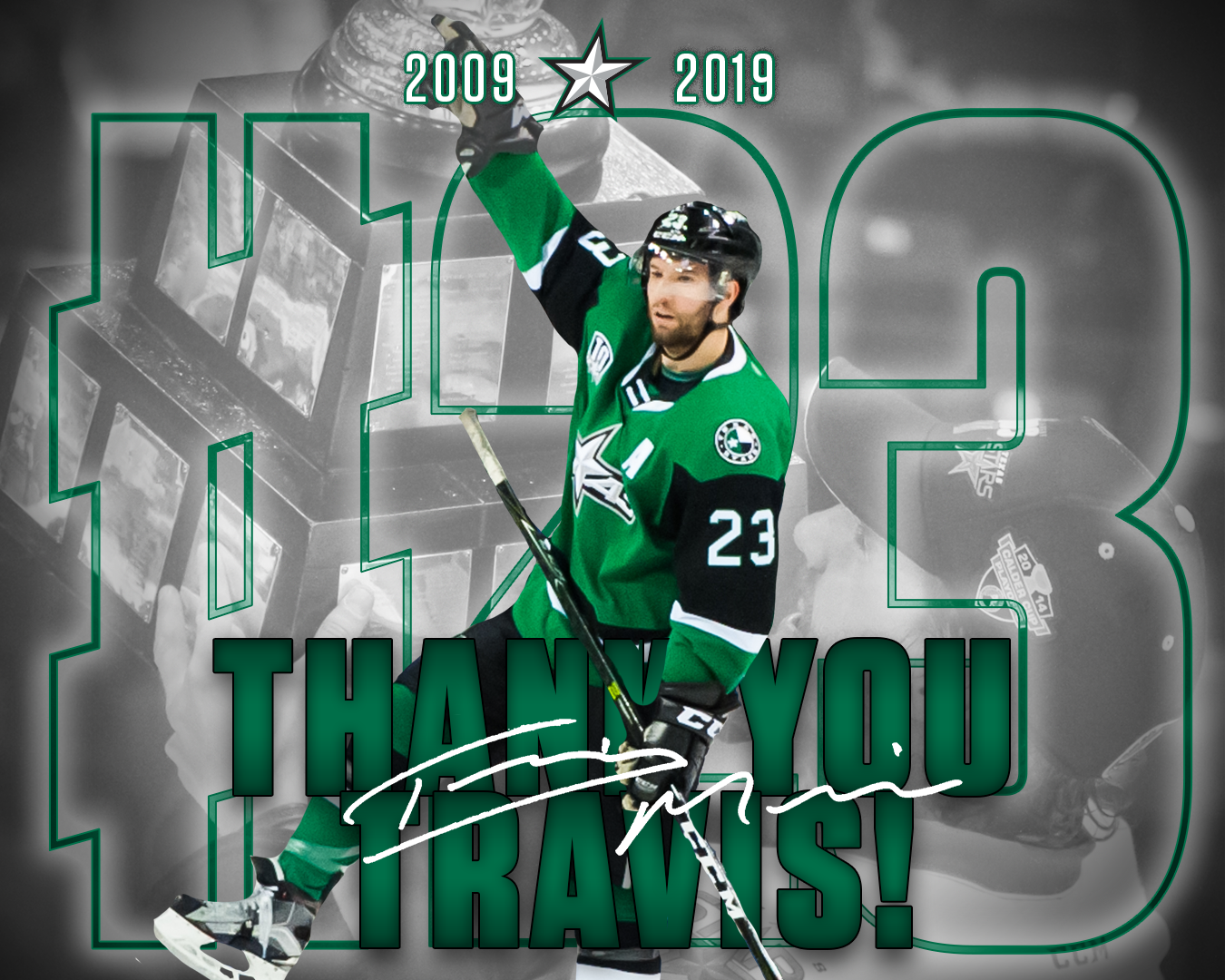 In addition to his success with the Texas Stars, Morin’s career numbers in professional hockey also include stints with the Dallas Stars (NHL), Hershey Bears (AHL), and South Carolina Stingrays (ECHL). The 2004 NHL draft pick ends his pro career with a total of 851 games played and 737 points (237-500=737). Following a 4-year career at the Minnesota State University-Mankato, Morin made his pro debut with the Stingrays on Mar. 18, 2007 and later hoisted the ECHL’s Kelly Cup Trophy in 2009. Two years later, He made his NHL debut with the Dallas Stars, taking the ice on Jan. 26, 2011 against the Edmonton Oilers.

The Stars also announced today that Travis Morin Night is scheduled for Oct. 19 where the organization will honor his career and accomplishments in Texas. An intermission celebration including a banner raising ceremony of Morin’s #23 will take place as the Stars face the Griffins. As part of the evening’s celebration, early arriving fans will receive a replica mini-banner commemorating Travis’ number retirement.

“It is my pleasure to welcome Travis to the Texas Stars front office. His accomplishments on-ice and efforts in the community have played a major role in our organization’s success,” said Chief Sales and Marketing Officer Michael Delay. “He has been the face of the franchise for a decade and has made Central Texas his home.  We’re thrilled that he will remain a part of our family and look forward to his continued contributions to the Texas Stars in his new role.”

In his new position with the club, Morin will serve both as a skills development coach in hockey operations and in a business development and community outreach role in the front office.