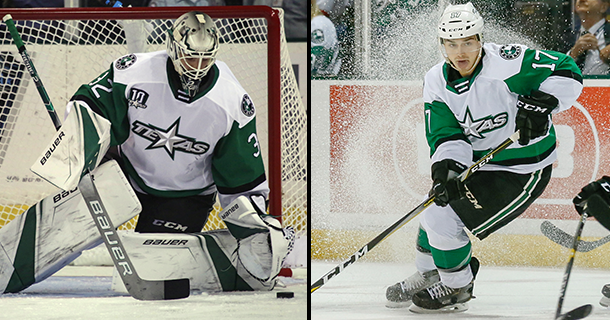 Calderone, 24, is also skating in his rookie year and scored one goal in six games with the Stars to start the season. The 6-foot Trenton, Michigan native played six games for the Steelheads, earning an assist in those games. The University of Michigan alum recorded 92 points (54-38=92) in 134 NCAA games and a career best 45 points (25-20=45) as a senior before turning pro.

The Texas Stars are the primary development affiliate of the NHL’s Dallas Stars, will return to the H-E-B Center on Saturday, Nov. 24 at 7:00 p.m. for Teddy Bear Toss against the San Antonio Rampage.