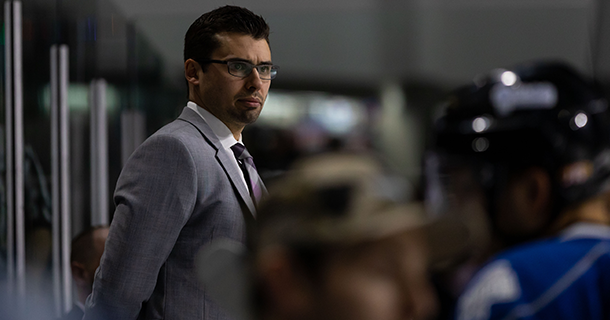 Graham, 34, spent the last four seasons as the head coach of the Idaho Steelheads, the ECHL affiliate of the Dallas Stars. Over that span, he amassed a 166-91-31 record in 288 regular-season contests and led Idaho to three consecutive 40-win seasons. Graham guided the Steelheads to the Kelly Cup Playoffs in all four of his campaigns as head coach, recording a 14-20 record in 34 postseason games. He helped continue the club's streak of qualifying for the postseason in each of last 22 seasons, which is the longest active postseason streak in professional hockey. Prior to being appointed head coach on Aug. 7, 2015, he was named as Idaho's full-time assistant coach during the 2013-14 and 2014-15 seasons after serving as a player/coach for the 2012-13 campaign.

"Neil has proven himself as a capable coach during his tenure in Idaho," White said. "His experience as a coach and player will be a tremendous asset to head coach Derek Laxdal and the entire Texas Stars coaching staff."

The Calgary, Alberta native is a graduate of Mercyhurst University where he played hockey for four seasons before turning pro, recording 60 points (23-37=60) and 128 penalty minutes over 137 games. He split three seasons between the ECHL and Southern Professional Hockey League, scoring 98 points (42-56=98) in 113 professional games.