Caamano Earns Stars Nomination for AHL Man of the Year

CEDAR PARK, Texas – The Texas Stars, American Hockey League affiliate of the NHL’s Dallas Stars, are proud to nominate Nicholas Caamano as their representative for the IOA/American Specialty AHL Man of the Year award for his outstanding contributions to the Central Texas community during the 2018-19 season. Having participated in the most community events of any other player on the team, he has embraced the Austin community as his home. 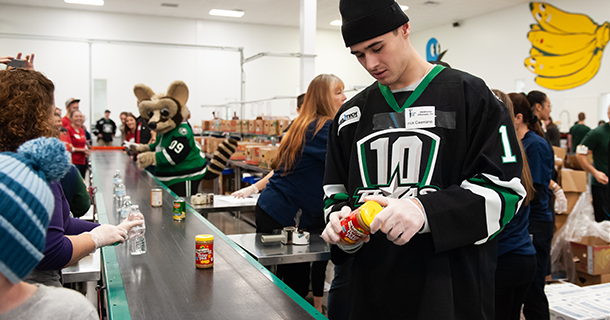 The Ancaster, Ontario native was a leading part of the Stars outreach this year. Caamano volunteered at the Central Texas Food Bank, worked with organizations like Special Olympics and Texas Humane Heroes, and also visited multiple central Texas elementary schools through the Stars flagship Science of Hockey program.

In November, the 20-year old rookie took time out of the Thanksgiving season to help sort food at the Central Texas Food Bank. Caamano helped sort non-perishable items for local families and smaller food pantries in the area. He, along with two other Stars players and the Stars mascot, Ringo the Ringtail, volunteered with more than 20 other businesses and local civic groups separating, sorting, and boxing donated items for the community. 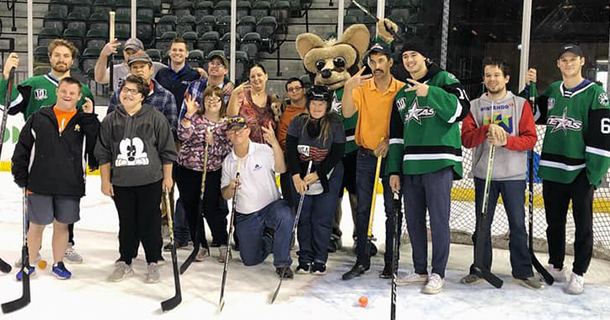 Just after the New Year, Caamano spoke with a group of Special Olympics Texas athletes. Caamano spent the morning in a Q&A session with a group of about twenty athletes followed by more than an hour of ball hockey on the ice at H-E-B Center. Inspired by the visit, Caamano has expressed interest in strengthening his relationship with Special Olympics Texas throughout his tenure with the Stars.

“Those guys are the best. I had so much fun working with them at the arena and just having the opportunity to meet them was amazing,” said Caamano. “If I can get the opportunity to go and visit them or have them back here at the arena either this season or next season, I would be all for it. They are really an inspiration to us in the locker room and just being around them makes my day.”

In addition to his individual contributions to the community, Caamano also participated in all of the team events held throughout the season. Events such as the annual Bowling with the Stars, postgame meet and greet sessions with fans, and specialty jersey auctions benefitting area nonprofits. 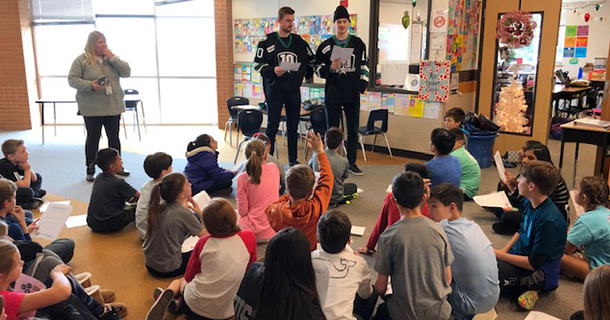 Caamano’s Pink in the Rink game-worn specialty jersey raised more than $1000 making his jersey the highest earning of all 26 jerseys. Pink in the Rink weekend went on to raise more than $20,000 for the Texas Stars Foundation and its benefitting partner, Breast Cancer Resource Center of central Austin.

This season, Caamano has embodied what it means to be a community advocate and volunteer. He has shown that his career is about more than just his hockey statistics, but also about becoming a member of the community and helping whenever and wherever he can. The Texas Stars are honored to call him our IOA/American Specialty AHL Man of the Year.

The Texas Stars are the primary development affiliate of the NHL’s Dallas Stars, and return home on April 5th and 6th to face the Rockford IceHogs at 7:00 p.m. for Military Appreciation Weekend at H-E-B Center at Cedar Park.