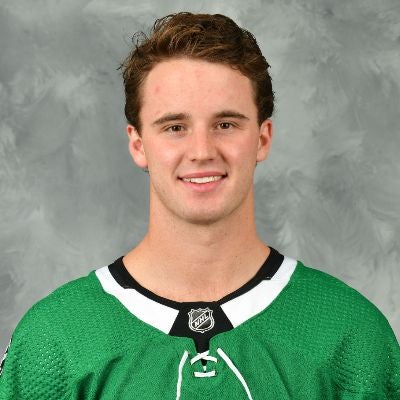 Played entire 2020-21 season in the NHL, and started the fourth most games of any NHL rookie in the league. Ranked third among qualified rookies with a 2.36 GAA and fourth with a .911 SV%.

First Texas goaltender to earn three shutouts in a season since 2014-15 (Jussi Rynnas, 4).

Became the second goaltender in team history to capture a win in their professional debut (Cristopher Nilstorp, 2012) and the seventh to win his first two starts with the Stars.

Two-time medal winner at the World Junior Championship, capturing Gold during the 2017 tournament and earning Bronze in 2018.

Tied BU's career shutout record earning his 13th shutout on Mar. 15, 2019 with a 25-save performance in the opening game of the Hockey East quarterfinals at UMass-Lowell.

Led Lakeville North to the 2014 Minnesota Class 2A State Championship Game against Edina. Named to the Class 2A All-Tournament Team.