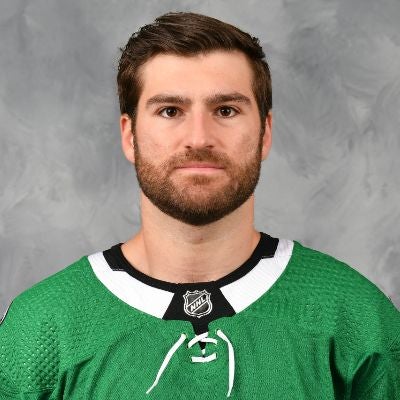 Contract: Signed a one-year contract with the AHL's Texas Stars on July 29, 2021.

Led Tucson with a plus-10 rating in 2020-21 and finished his time with the Roadrunners with a plus-29 rating across parts of three seasons.

Scored the game winning goal during his pro debut with Joel Hanley recording the primary assist.

Led the Drakkar to consecutive President's Cup Final appearances in 2013 and 2014 as a top-10 playoff scorer in both seasons.

Only the second player ever to be a two-time Marcel Robert Trophy winner as QMJHL Scholastic Player of the Year in 2014 and 2015.