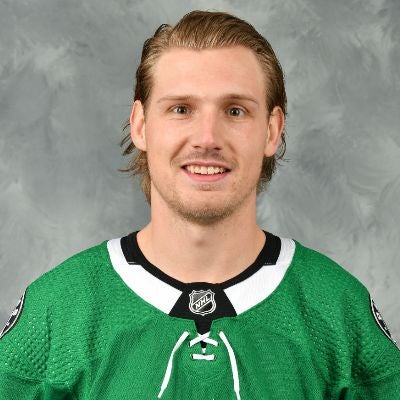 Scored his first NHL goal on Mar. 21, 2021 against Nashville as Dallas earned a points in a 4-3 shootout loss.

Recieved his first NHL promotion on Oct. 4 2019 and played eight games for Dallas before returning to Texas.

First professional goal proved to be the game-winning tally against Iowa on Mar. 29, 2019.

Ranked third on North Dakota's roster with eight goals during his Senior season and was fourth as a Freshman with 11 goals.

As a Junior and Senior, represented his alma mater as an alternate captain and was named NCHC Defensive Forward of the Year in 2017-2018.