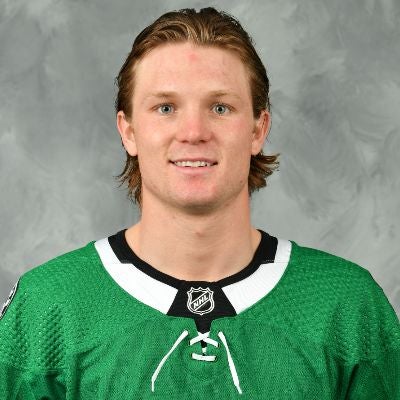 Contract: Signed a three-year, entry-level contract with the NHL's Dallas Stars on September 19, 2018.

Made his NHL Debut on opening night of the 2020-21 season and logged his first goal in his fourth NHL outing.

Loaned by Dallas to JYP in Finland before returning to the club for the start of the 2020-21 NHL season.

Scored his first AHL goal on a penalty shot, earning the game-winning goal against Rockford as part of a two-point night.

Served as team captain of Flint for back-to-back seasons (2018-20) after being named an alternate captain for the 2017-18 season.