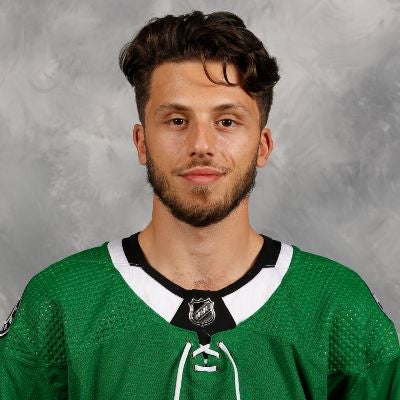 Contract: Signed a three-year, entry-level contract with the NHL's Dallas Stars on April 1, 2019.

Voted the winner of the AHL's 2021 Dudley (Red) Garrett Memorial Award as the league's outstanding rookie.

Earned honors on the AHL All-Rookie Team and Central Division All-Star Team for the 2020-21 season. Also earned AHL Rookie of the Month honors in March 2021 after registering 15 points in 10 games.

Led all AHL rookie's in scoring and was tied for third in the league's overall scoring race with 36 points during his debut year.

Notched his first career hat-trick on Mar. 13, 2021 against Colorado at home.